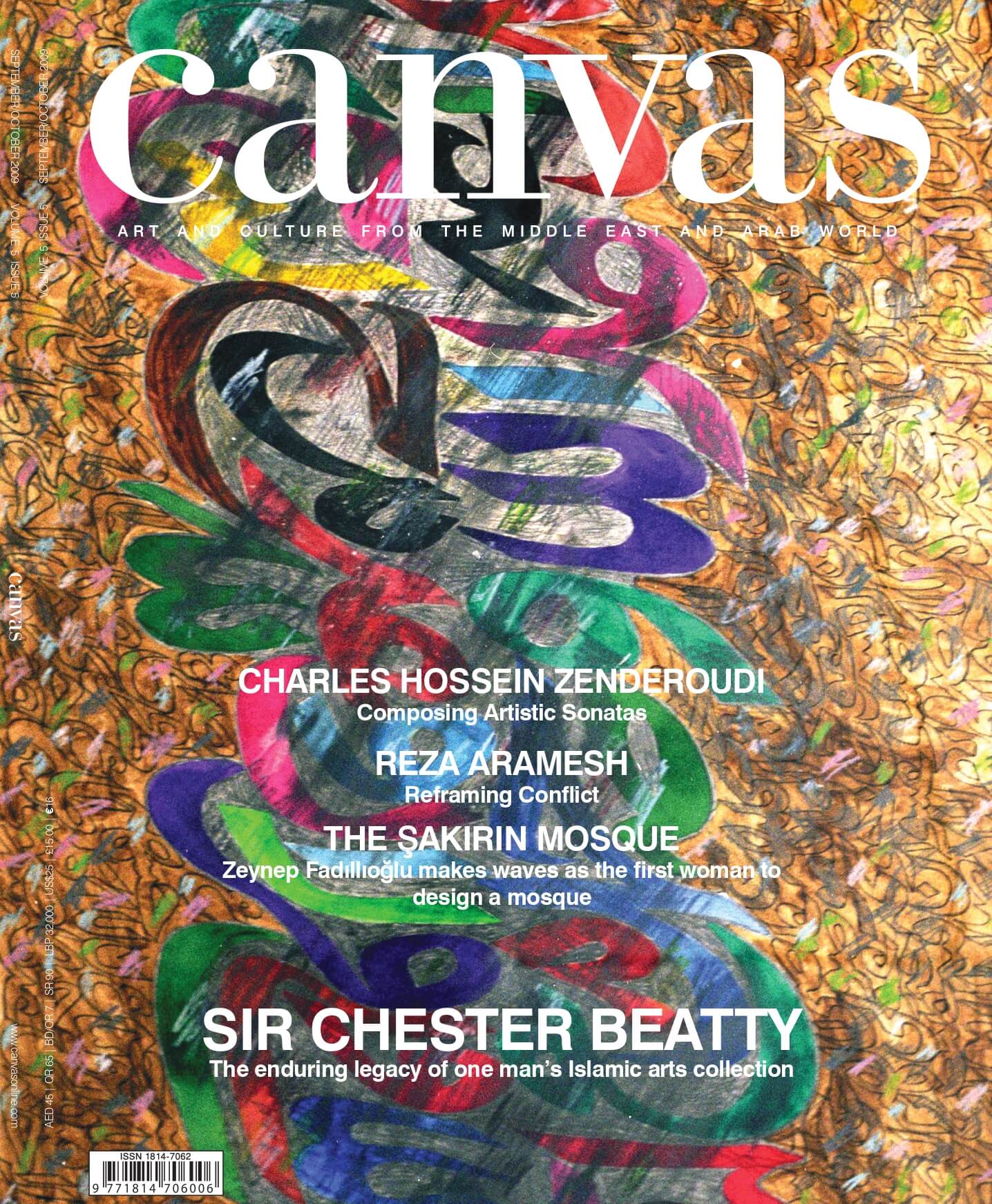 In this day and age, the world is riddled with conflict, punctured by politics and struck by a worldwide economic recession and yet, in spite of everything, art has a timeless impact. In line with this, featured art patron Sir Chester Beatty is a Western magnate whose passion for Islamic arts became an undying legacy. Similarly, Mohammed Abdul Latif Jameel has just established the Jameel Prize which celebrates Islamic artistic heritage. Meanwhile, Turkish interior designer Zeynep Fadıllıoğlu has become the first woman to have designed a mosque. In Asia, we profile the Islamic Arts Museum of Malaysia and in London the Amir Mohtashemi Gallery. Artists featured this issue include Ali Jabri, Charles Hossein Zenderoudi, Ahmed Alsoudani and Pouran Jinchi as well as photographer Reza Aramesh.